THE "NIT DEL ALBA" IN ELCHE 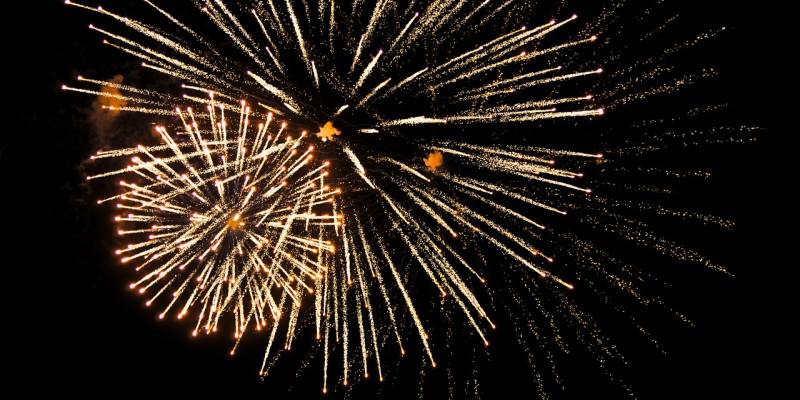 On August the 13th, will be celebrated in Elche the “Nit del Alba”, which is a Medieval tradition in which families offered the Virgin fireworks for each child they had.

At 11:15 pm a light and color show starts which stimulates the senses of each of the persons attending it with hundreds of fireworks that are let off, alternately and in a coordinated way, from the buildings' terraces from different points of the city, which results in the most fanciful pyrotechnics you could imagine in the middle of the night.

A few minutes before midnight, the city lights are turned off and the streets become silent so you can hear in every corner the most significant piece of the “Misteri d'Elx”: “El Gloria Patri”. Then, a starburst firework called the “Palmera de la Virgen” is released from Basilica Santa María, which lights up the whole city.

Consecutively, you can see at the tower of the Basilica a “Virgin of fire” while you can listen to the famous habanera (Cuban popular song): “Aromas ilicitanos”.

The tradition of the people of Elche is to eat watermelon as the “Palmera de la Virgen” fireworks finish.

From then on, among the most adventurous there will be a real war of fire crackers in the streets, in areas specially designated for this purpose.

In 2014, the city of Elche received the Fiesta of Autonomic Tourist interest of the Valencian Community award for its «Noche de la Alborada» (Night of Dawn) from the Department of Economy, Industry, Tourism and Employment.

We hope you can enjoy such a great pyrotechnic show, it's worthwhile.